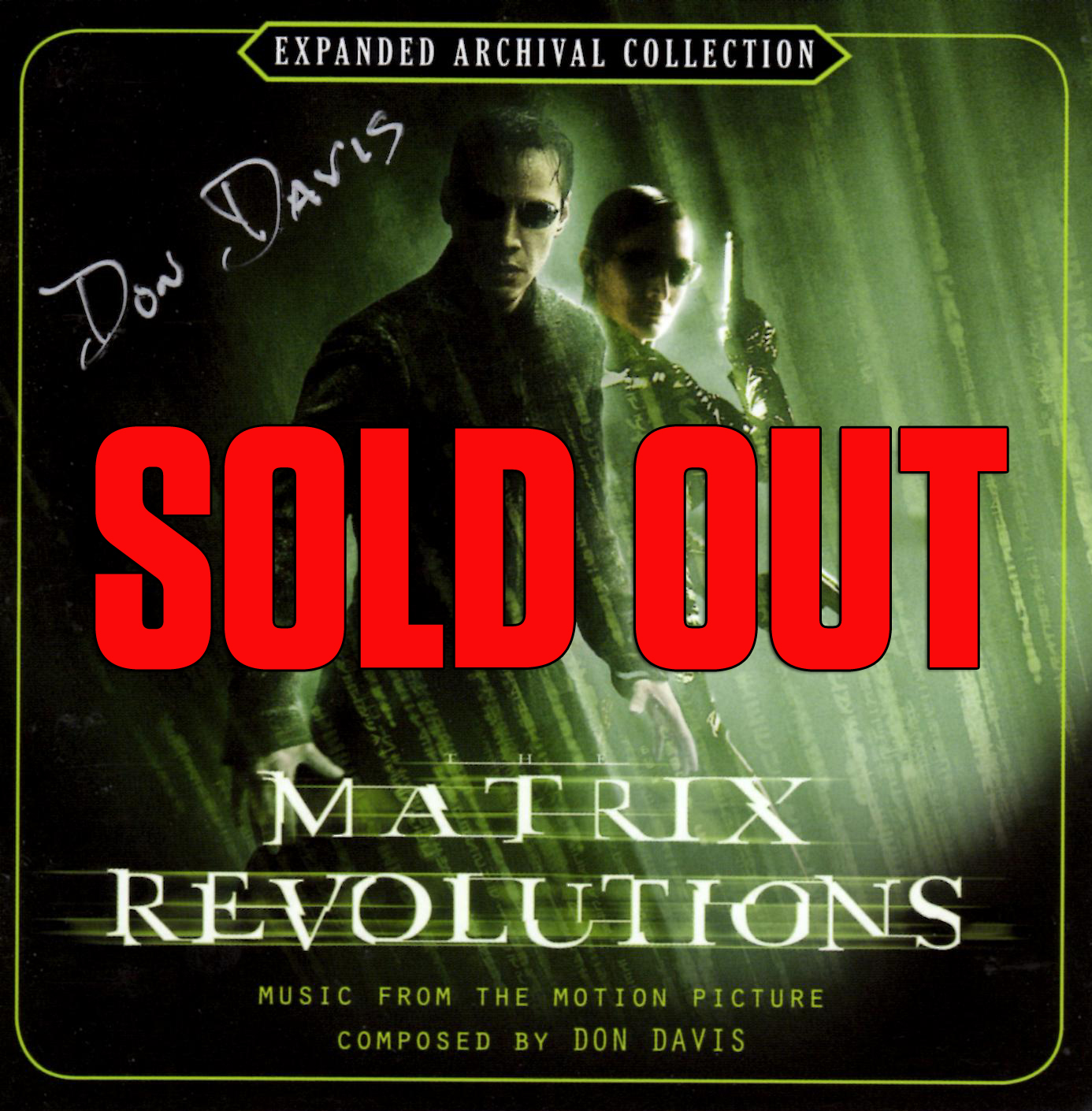 From La-La Land Records comes this 2-CD soundtrack for The Matrix Revolutions signed by composer Don Davis. CD ships on or after March 1.

La-La Land Records, WEA and Warner Bros. presents the latest release in its Expanded Archival Collection, the 2-CD remastered and expanded re-issue of renowned composer Don Davis’ (BOUND, THE MATRIX, THE MATRIX RELOADED) original score to the 2003 conclusion of the famed sci-fi/action THE MATRIX trilogy, MATRIX REVOLUTIONS, starring Keanu Reeves, Laurence Fishburne and Carrie-Anne Moss, and directed by The Wachowski Siblings. Composer Davis closes out one of the most notable sci-fi trilogies in all of filmdom with an astounding original score that is a stunning culmination of his breathtaking MATRIX masterworks. Expanded over two discs, with a running time of over two full hours, this presentation of MATRIX REVOLUTIONS, produced by Dan Goldwasser and mastered by Mike Matessino, contains music recorded for, but ultimately unused, in the final film, as well as bonus alternate cues. Film music journalist Tim Greiving takes the listener down the rabbit hole with his exclusive, in-depth liners while Dan Goldwasser’s sharp art design recalls THE MATRIX universe with style. This is a limited edition of 3000 Units.