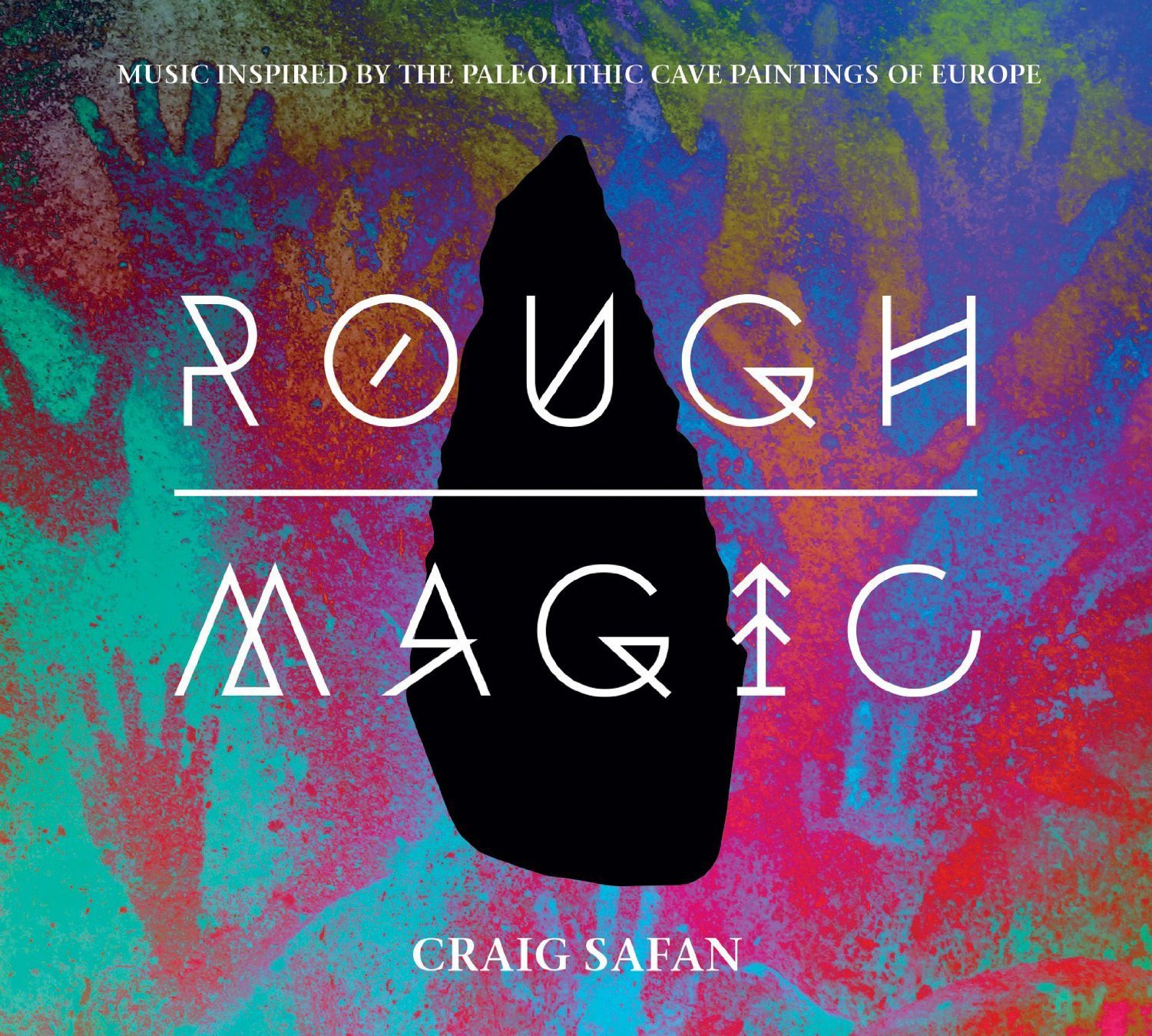 Craig Safan’s brand new CD of music inspired by the ancient Paleolithic cave paintings of Europe, hand-signed by the composer!!

Craig Safan’s brand new CD of music inspired by the ancient Paleolithic cave paintings of Europe, hand-signed by the composer!

Mr. Safan (Wolfen, Cheers, Stand and Deliver, The Last Starfighter) will be appearing at our in-store signing, scheduled for July 25th. Pre-ordered CDs will begin shipping shortly after the event!

Please note that all composer appearances for this event are tentative and subject to schedule change. All orders are subject to composer scheduling and available stock.

“For many years I have wanted to take my love of Paleolithic art and ancient myth and translate it into a musical form. Rough Magic is the final outcome,” said Safan, who was influenced by the caves he initially toured in the 1970s. “I was fascinated by some really interesting studies on music and what the music of primitive man might have been like. As a composer, everything speaks to me musically. So the concept of basing a piece of music on the cave art I’d experienced in my youth inevitably gelled.”

The first cave paintings containing art made by primitive humans were discovered in Spain in 1870 – some of which are believed to be 40,000 years old. “Studies into the origins of music suggest a correlation between the development of music and cave art in what is known as the ‘cultural explosion’ of 60,000 to 30,000 years ago. It is believed that these and other new forms of behavior and creative expression reflected the emergence of ‘intentionality’ as humans passed from instinctive behavior to intentional thought,” described Randall D. Larson in the album’s liner notes.

“Being a pictorial composer I tend to see music in visual terms – what used to be called ‘programmatic music’,” described Safan. “Each piece in Rough Magic is based on a specific scenario and in that way the work is somewhat like a ballet built on thirteen scenes. The titles allude to these stories but not in an overly detailed way, leaving much to the listener’s imagination.”

After visiting these caves with his field recorders, “I took all the sounds that I had gathered on my visit to the caves, and I took a lot of samples from other weird instruments I’ve collected over the years, plus my own huge library of sound effects, and I loaded them into computers so that I could play them on a keyboard using different music software programs,” Safan said.

But the influence of the caves didn’t stop there. Safan described, “All the reverbs used for the music was modeled using the echoes I recorded in specific caves. Voices, footsteps, breaths, rocks, handclaps, whistles, and even stalactites being struck; all were turned into the various instruments I used performing the music.”

He continued, “It’s like painting, – I’m painting with sound. The digital equipment in my studio enabled me to experiment, change, and adjust layers until I was satisfied I’d achieved what I had in mind.”

Craig Safan has composed the music for over thirty feature films including MR. WRONG, STAND AND DELIVER, MAJOR PAYNE, NIGHTMARE ON ELM STREET IV, REMO WILLIAMS, and THE LAST STARFIGHTER. For the small screen, Craig is best known for his work as the composer for the series CHEERS for which he was awarded eight ASCAP Top TV awards, as well as for his music for LIFE GOES ON, which earned Safan an EMMY® nomination.

Craig is a graduate of Brandeis University and was the recipient of both the Senior Prize in Drama and the Senior Prize in Music. He was also the recipient of the Thomas J. Watson Fellowship, which allowed him to independently pursue his music in London after graduation. Craig has given seminars or spoken at The American Film Institute, USC Film School, ASCAP Film Music Workshop, Berklee College of Music, The International Film Music Festival of Córdoba and UC Santa Barbara.

Safan is a member of the Academy of Motion Picture Arts and Sciences, where he sits on the Music Executive Committee of the Academy. For many years he was part of the President’s Art Council at Brandeis University. Craig also serves on the Selection Committee for the Thomas J. Watson Foundation Fellowship in New York City. Craig and his wife, Linda Safan, are actively involved in Disability Rights issues and were recently awarded a Certificate of Commendation by mayor Anthony Vallaraigosa of Los Angeles as well as by County Supervisor Mark Ridley Thomas for their work in founding the Circle Of Friends, a nonprofit organization that pairs disabled and non-disabled students throughout California and other states.

“As people listen to Rough Magic, I hope they let themselves go to another place,” Safan said. “A place of spirituality, a place of fear, a place of mystery. I’ve never been religious, but I’ve always been very spiritual, and fascinated by the mysteries of life. There are endless mysteries of life that we’ll never solve in our lifetime. And to me, Rough Magic is about the mystery and the sense of awe, the sense of spirituality, and how astonishing everything was to primitive humanity.”