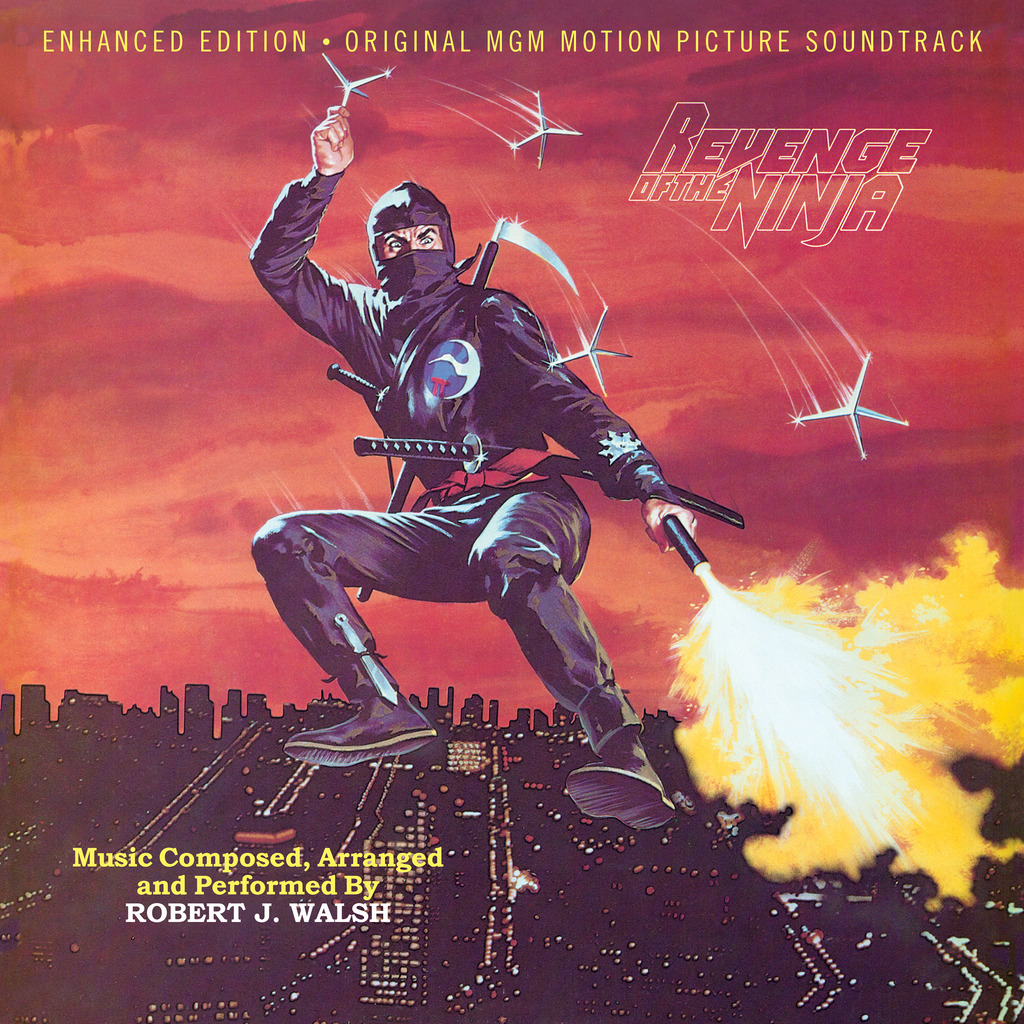 Revenge of the Ninja – Autographed

The CD premiere of cult favorite REVENGE OF THE NINJA, autographed by composer Robert J. Walsh!

The CD premiere of cult favorite REVENGE OF THE NINJA, autographed by composer Robert J. Walsh!

UPDATE: Due to unexpected health issues, Robert Walsh is unable to attend the Q&A and signing on Sunday. Director Scott Firstenberg and stunt coordinator Steven Lambert will still be on hand to sign CDs, plus our limited edition print created exclusively for the event by Keith J. Rainville at VintageNinja.net. Our hope is that Robert will be able to sign the CDs at the soonest available date. We send him all good wishes for good health and a speedy recovery.

Refunds available on request if you prefer not to wait for updated information.

No ninja hero had truly set foot on American soil until Cannon films unleashed Sho Kosugi upon the skyscrapers of Salt Lake City with 1984’s “Revenge of the Ninja.” The deliriously entertaining martial arts movie set the tone for the international ninja phenomenon to follow with its pulsating synthesizer score by Robert J. Walsh (“The Young Warriors”), which now makes its long-awaited CD debut on Varese Sarabande Records.

To celebrate the appearance of this fan favorite soundtrack, Burbank’s Creature Features will feature an exclusive panel and signing with Walsh, who will be joined by “Revenge of the Ninja” director Sam Firstenberg (“Ninja III: The Domination,” “American Ninja”) to show clips and talk about their rhythmic work on Sunday, January 22nd.

We’re currently taking pre-orders for the CD. Pre-orders will be signed by Mr. Walsh. While we hope Mr. Firstenberg will be able to sign as well, we can’t guarantee it. Any available Firstenberg signatures will be made available to the earliest placed pre-orders.

Varèse Sarabande presents the next release in our “We Hear You” series, Revenge Of The Ninja: Enhanced Edition. One of our most requested releases, this is available for the first time on CD. Produced and assembled by composer Robert J. Walsh, Revenge Of The Ninja: Enhanced Edition contains 18 cues from the original score which were transferred from tape. For the Enhanced portion of the CD, Walsh used a new analog transfer and a tempo map to bring an electronically updated, lush power to his favorite cues while enhancing the electronic music’s orchestral quality.

Revenge Of The Ninja is the second film in Cannon’s “Ninja Trilogy” (Enter The Ninja & Ninja III: The Domination). After his family is killed in Japan by Ninjas, Cho (Sho Kosugi) and his son Kane (Kane Kosugi) come to America to start a new life. Cho opens a doll shop but is unwittingly importing drugs in the dolls. When he finds out that his friend has betrayed him, Cho must prepare for the ultimate battle. Revenge Of The Ninja remains to this day one of Cannon Pictures’ best loved films.

Pre-orders will begin shipping soon after the event. All orders are subject to availability.

Our webstore is currently unable to combine shipping automatically. If you’re purchasing multiple items, simply leave us a note to let us know and we’ll refund any extra charges upon shipping.