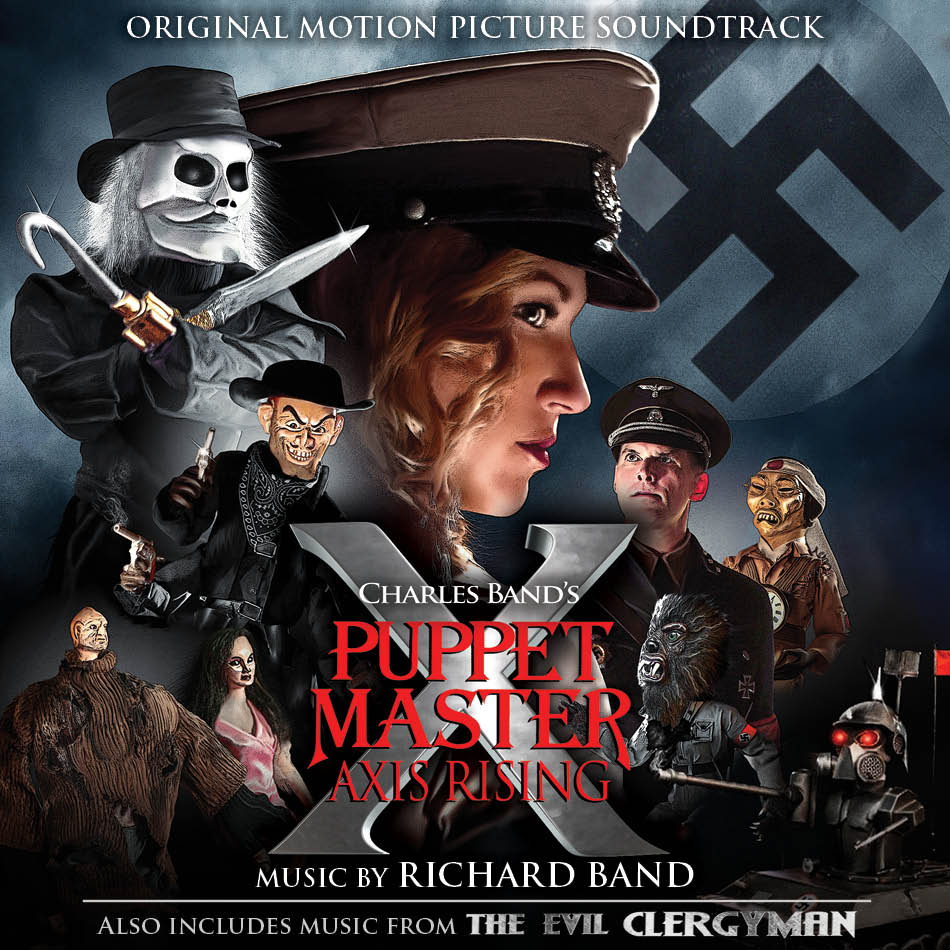 Mr. Band (Re-Animator, From Beyond) will be appearing at our in-store signing, scheduled for November 14th. Pre-ordered CDs will begin shipping shortly after the event!

Please note that all appearances for this event are tentative and subject to schedule change. All orders are subject to composer scheduling and available stock.

La-La Land Records presents two exciting original scores from acclaimed composer Richard Band (RE-ANIMATOR, FROM BEYOND, THE HOUSE ON SORORITY ROW) — the tenth installment in the fan-favorite PUPPET MASTER franchise, PUPPET MASTER X: AXIS RISING, starring Kip Canyon and Jean Louise O’Sullivan and THE EVIL CLERGYMAN, starring Jeffrey Combs, Barbara Crampton and David Gale, both directed by Charles Band. With PUPPETMASTER X: AXIS RISING, composer Band unleashes a rich arsenal of militaristic action, thrills and drama – a big musical backdrop for this saga of diminutive warriors. For THE EVIL CLERGYMAN, a Lovecraftian horror short starring the Combs/Crampton/Gale trio from RE-ANIMATOR (originally made for the lost Empire Pictures PULSEPOUNDERS anthology feature), Band examines the very nature of our darkest and most lustful impulses. When a VHS workprint of CLERGYMAN was discovered a few years ago, Band recorded an amazing score for the short film – a hauntingly beautiful and romantic piece of work that adds a soulful and disturbing dimension to the short’s ghastly proceedings. Produced by Richard Band and Matt Verboys, and mastered by James Nelson, this special release of 2000 units features exclusive, in-depth liner notes by writer Daniel Schweiger (with new interview comments from the composer) and dynamic art design by David C. Fein. A must have for horror/fantasy fans from one of the genre’s most celebrated composers.