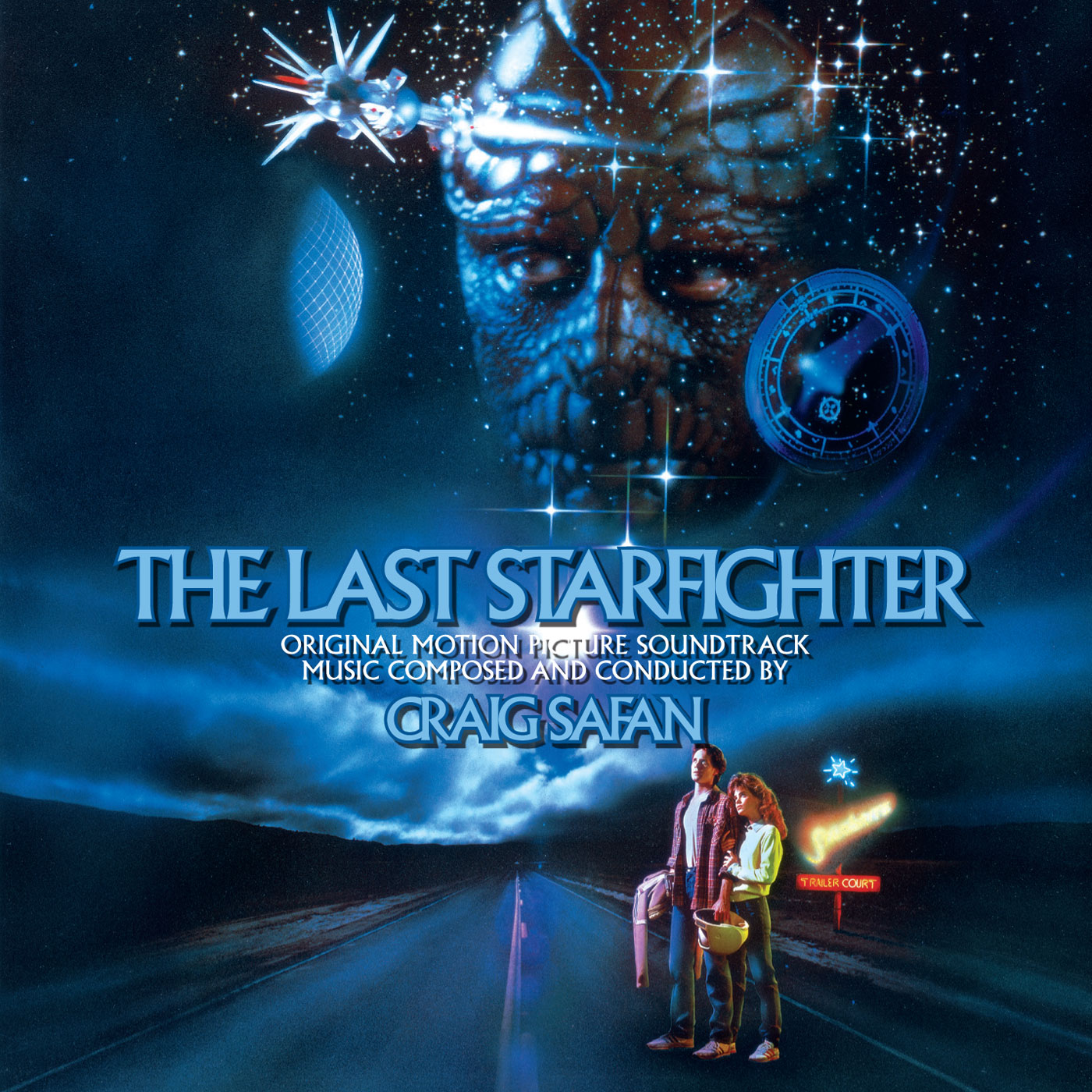 The definitive edition  of Craig Safan’s  score to the beloved sci-fi adventure THE LAST STARFIGHTER, hand-signed by the composer!

The definitive edition of Craig Safan’s score to the beloved sci-fi adventure THE LAST STARFIGHTER, hand-signed by the composer!

Intrada Records presents the complete score of THE LAST STARFIGHTER, remixed and mastered from the original 48-track masters.

The CD debut and in-store signing is scheduled for January 17th. Pre-ordered CDs will begin shipping immediately after the event!

Craig Safan’s score to the Warner Bros. and Univeral Studios co-production The Last Starfighter (1984) remains the most popular and iconic of his numerous film scores. The late-Romantic symphonic approach was almost a prerequisite for genre scores in the ’80s, and Safan met the challenge with a large-scale score for orchestra with electronics.  To distinguish himself from the other guys composing similar genre scores at the time, Safan turned for inspiration to the works of Finnish composer Jean Sibelius (1865–1957), whose lush symphonies and tone poems he found particularly beautiful. Safan also strove to distinguish himself through his integration  of electronics—chiefly, in his music for the film’s alien characters. The aggressive material for Xur and the Ko-Dan, for example, was accompanied by a bed of low synthesizers, doubled with tubas, low strings and contra bassoon. The centerpiece of Safan’s music, however, is his powerful and multifaceted main theme, kicking off with a lengthy, hard-driving fanfare for brass.

The soundtrack was originally released on LP and CD in 1984 on the Southern Cross label (a brief half-hour presentation), followed by a modest expansion on the Intrada label in 1995. Both previous editions were drawn from ¼˝ two-track mixes made for the composer at the conclusion of the 1984 scoring sessions. This new Intrada disc, featuring the premiere of the complete score, is the first release sourced from the multi-track masters, mixed directly from the 2˝ 24-track session elements and includes a wealth of previously unreleased music.

The film tells the story of Alex Rogan (Lance Guest), a teen who lives in a trailer court with his mother (Barbara Bosson) and kid brother (Chris Hebert). Dreaming of a seemingly unreachable life in the outside world, he finds solace in his sympathetic girlfriend, Maggie (Catherine Mary Stewart)—and in a peculiar arcade game titled Starfighter. When Alex breaks the high score and wins the game, he receives a visit from a mysterious stranger named Centauri (Robert Preston), who claims to have invented the machine. Centauri is, in fact, an alien bounty hunter, and the actual purpose of the game is to seek out potential Starfighters to face the real-life menace of the traitor Xur and the Ko-Dan alliance. Alex is spirited away to the distant world of Rylos, where he is mentored by Centauri and Grig (Dan O’Herlihy) a reptilian pilot, to join reluctantly in the battle for freedom.