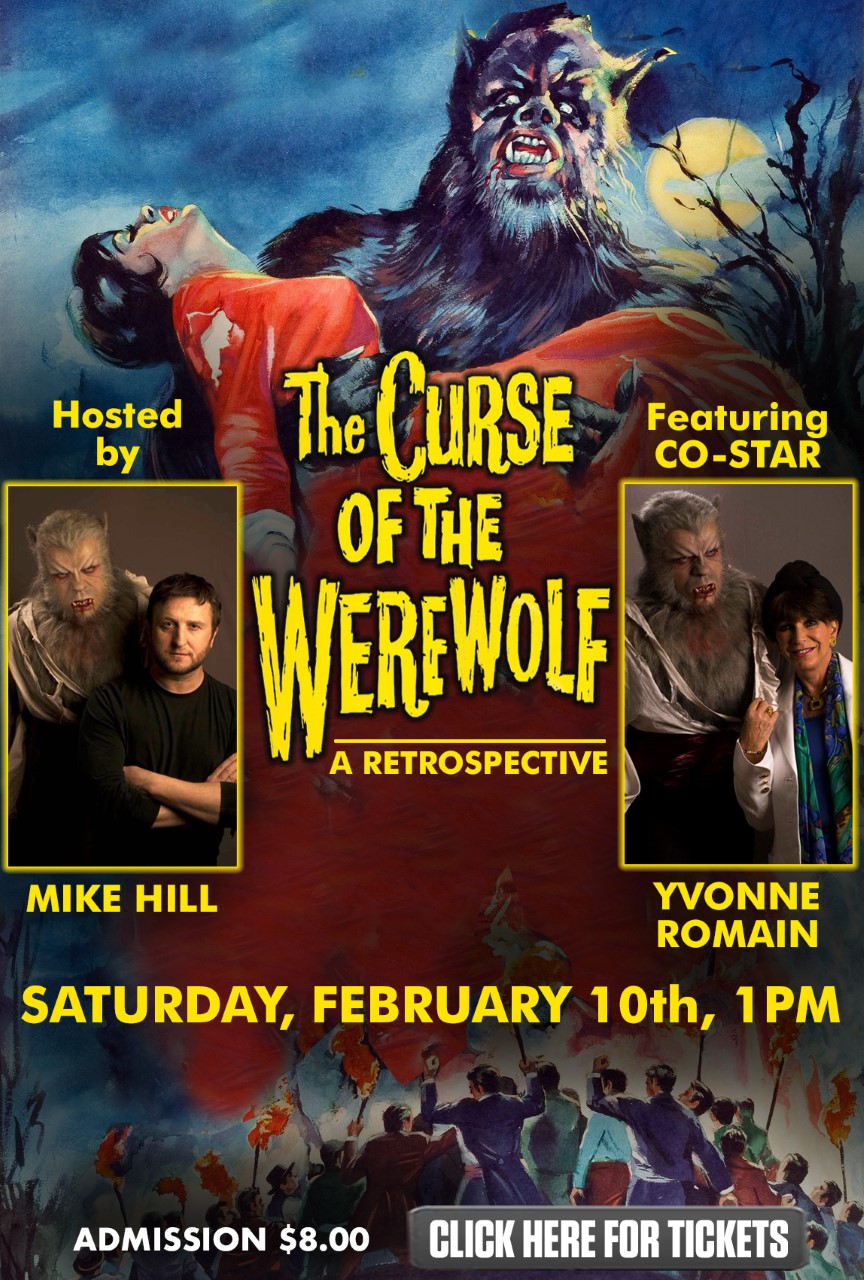 Curse of the Werewolf Conversation

An intimate conversation with Mike Hill and Yvonne Romain on Hammer Films’ classic CURSE OF THE WEREWOLF!

Creature Features is proud to present an intimate conversation with Mike Hill and Yvonne Romain on Hammer Films’ 1961 classic THE CURSE OF THE WEREWOLF!

Romain co-starred with Oliver Reed in the influential film. She’s a British actor who starred opposite Peter Cushing, Christopher Lee, Boris Karloff, and more in films such as CAPTAIN CLEGG, CORRIDORS OF BLOOD, and CIRCUS OF HORRORS.

Hill is a renowned sculptor and make-up artist who co-created the stunning designs for THE SHAPE OF WATER, and is widely considered the leading authority on THE CURSE OF THE WEREWOLF.

The event will also feature a display of rare memorabilia from Hill’s personal collection.

The discussion will take place on Saturday, February 10th at 1pm. Admission is $8.

Seating is limited. Please contact Creature Features with questions at cfeatures@gmail.com or (818) 842-8665.