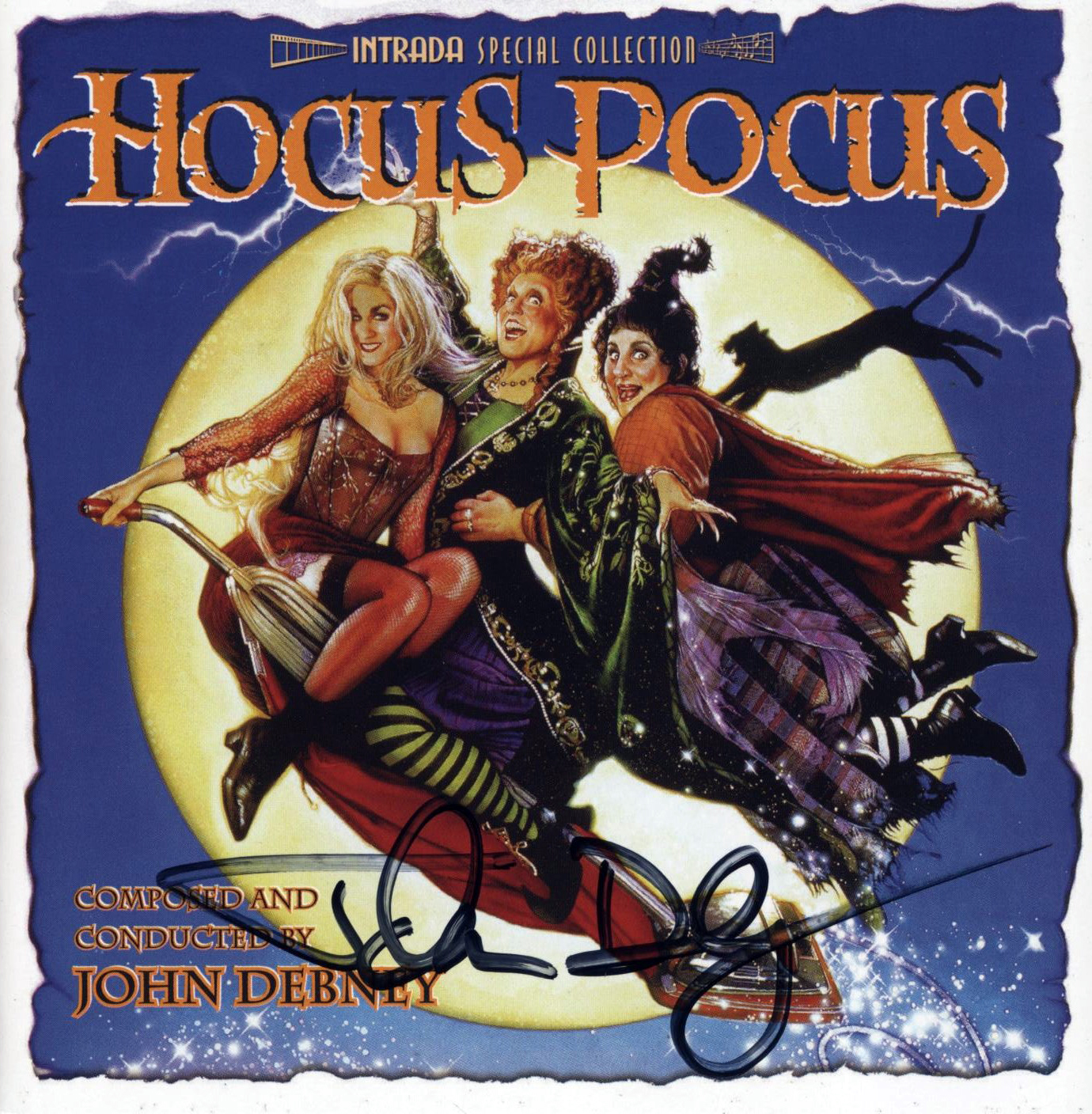 The CD premiere of John Debney's score to the Halloween classic HOCUS POCUS — signed by the composer!

Manufactured just in time for this specific event, Intrada released the much sought-after complete score for the beloved film on CD. This CD comes personally signed by the composer!

This is a pre-order. Orders will begin shipping on Monday, April 28th and are subject to availability.